Victoria May Sing was an invitational, semi-professional chamber choir project held twice on long weekends in May, directed by Jordan Van Biert and co-produced with Nathan McDonald, hosted at Lutheran Church of the Cross in Victoria, BC.

Victoria May Sing 2011 was an invitational project with an chamber choir of singers from the west coast. The weekend culminated in a charity fundraiser concert featuring 19C German and 20C French works.

Victoria May Sing 2013 included 24 elite ensemble singers from three western provinces for a concert of double-choir masses by Martin and Rheinberger. 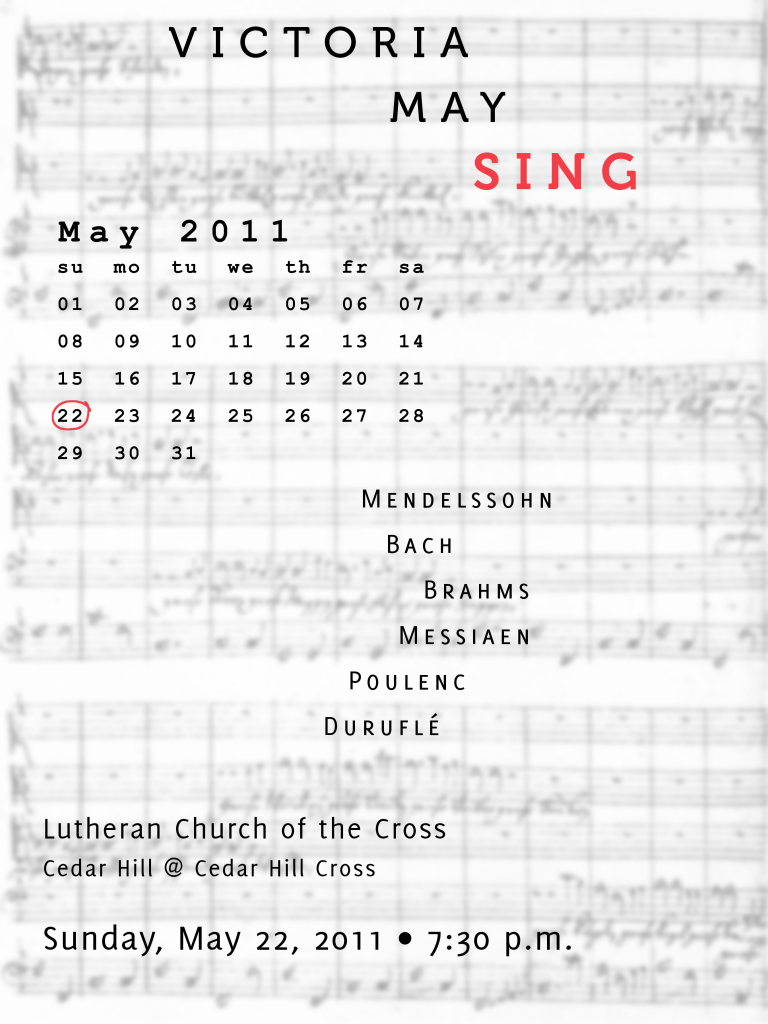 This fundraising concert by the members of the choral community featured a project choir of fine Edmonton-area singers. Hosted  at Trinity Lutheran Church,  the concert raised funds for the Neighbour Centre, a resource centre for at-risk adults in south Edmonton. 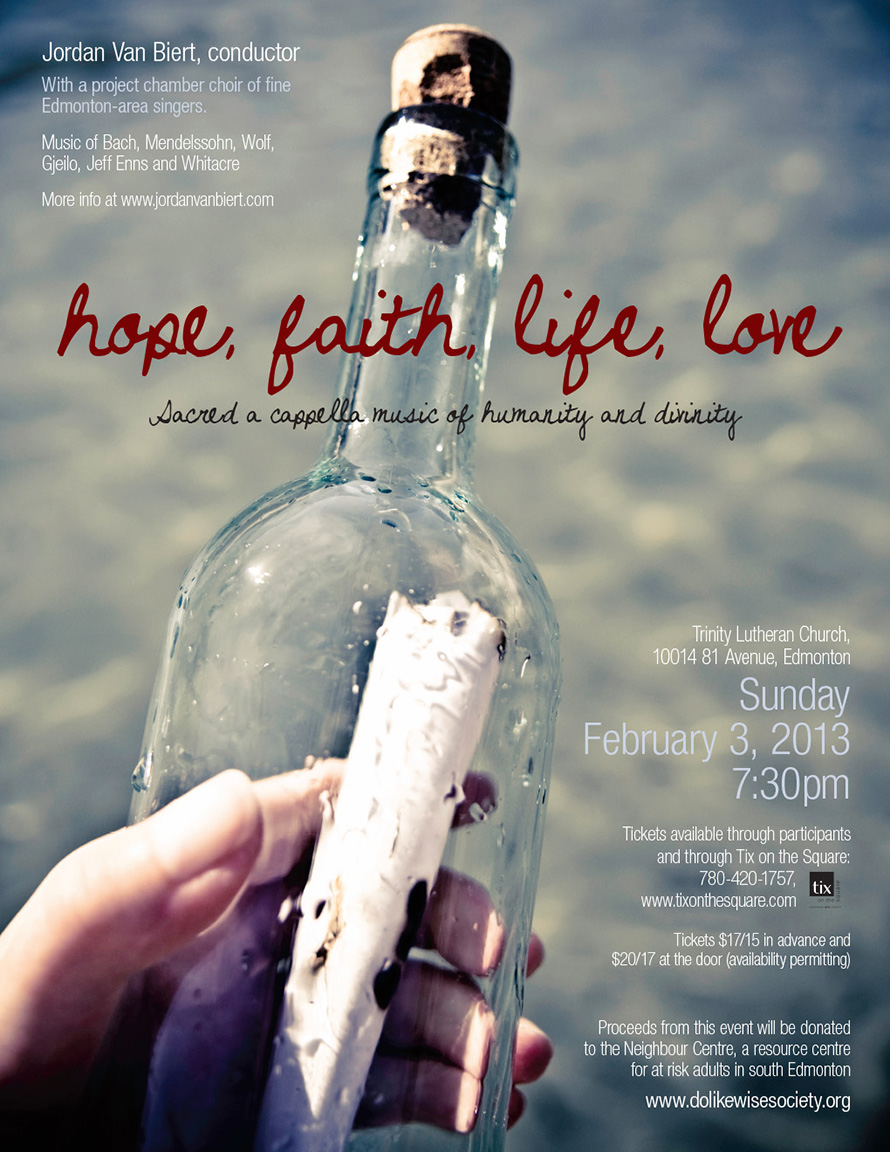 Founded in 2009 by Jordan Van Biert for projects in conjunction with Edmonton’s Winter Light festival, a “spectacle of light design, music, dance and mass movement,” Illuminations Choir was a project-based professional choir made up of freelance singers in the Edmonton area and performed in both the 2009 and 2011 festivals. 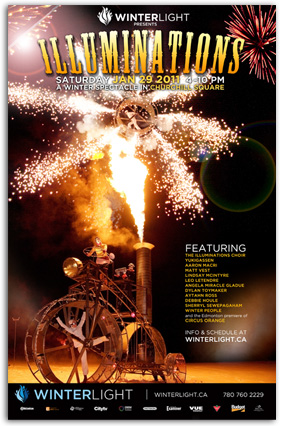 During the course of a Master of Music degree program at the University of Alberta, and after a culminating thesis recital in November 2006 featuring a performance of J.S. Bach’s Cantata 40, Dazu ist erschienen der Sohn Gottes, a number of independently produced projects were put on annually with a choir of volunteer singers, to perform music of J.S. Bach and others, at various venues in Edmonton. 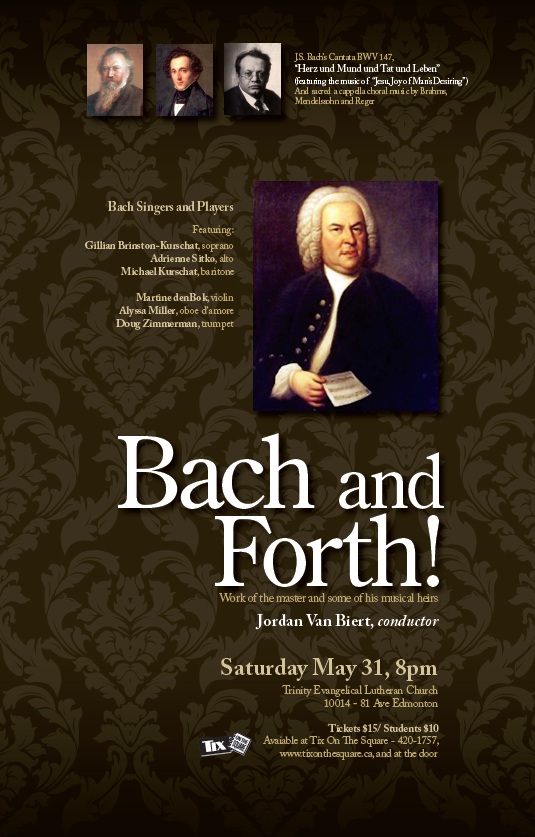 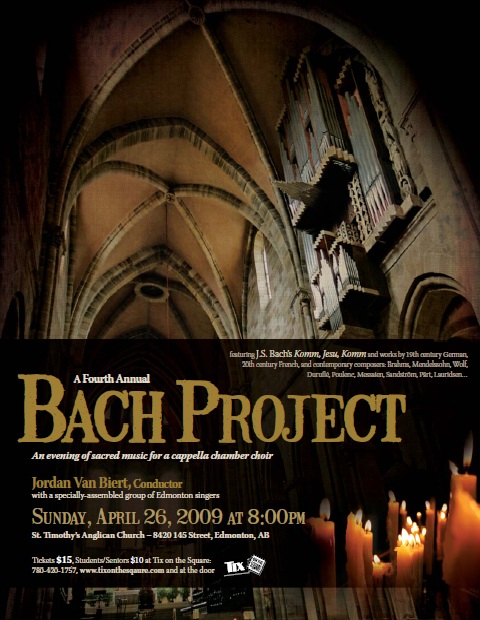